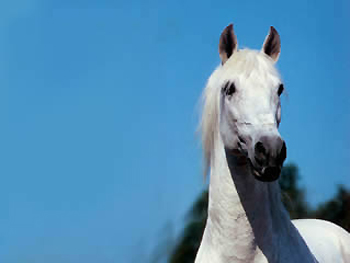 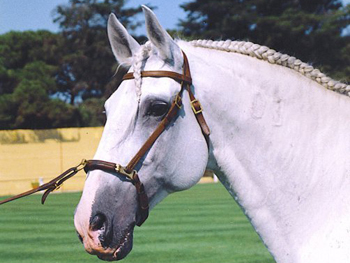 Novilheiro is probably the Lusitano which has achieved the most recognition abroad in our times. Novilheiro was bought by Jean Philip Geacomini, who broke him and trained him until he reached the level of Grand Prix in dressage. In England he was discovered by the Olympic Showjumping rider John Whithaker and that was the beginning of Novilheiro's show jumping career. In 1983 Novilheiro got champion prize winner in England and was 12th of the "Top Twenty" worldwide. 1987 Novilheiro went back to his home country for breeding purposes.

Opus-72 is a full brother of the famous Novilheiro and thus a descendant of the well-known and successful bullfighting horse Firme. But Opus-72 had a big career too: He and his half brother Neptuno are still considered the best bullfighting horses. After his bullfighting in Spain he returned to Portugal for breeding purposes. In 2004 he was awarded a gold medal for his excellent progeny.

Xaquiro bred by Miguel Quina (Soc. Imobiliaria do Parque-Ciparque) is considered one of the most influential sires in the Lusitanobreed. A large part of his progeny scored great successes in breed shows and dressage competitions. Besides the Lusitano-Stallion "Iberico", Xaquiro is to date the only Sire, which was awarded the title "Stallion of Merit" by the Portuguese breeding Association APSL.

Iberico, bred by Manuel Francisco Moura Tavares was Working Equitation Champion in Portugal and Europe. Many of his progeny are successful in dressage and Working Equitation. Iberico was awarded the title "Stallion of Merit" by the Portuguese Association "Associação Portuguesa do Cavalo Puro APSL Sangue Lusitano".